TEDxPeacePlaza is thrilled to present some of the most insightful and engaging speakers to you for this year’s event. Check out some of our past speakers to get a sense of what you can expect.

This year, we welcome this eclectic group of speakers to our TEDxPeacePlaza stage:

Diana Emiko Tsuchida is an independent writer and the creator of Tessaku, an oral history project that shares stories about the Japanese American incarceration. Her work has been featured on NPR’s “Code Switch”, NBC’s “Asian Pacific America”, Discover Nikkei and the Center for Asian American Media. Her grandfather was a vocal resister against the incarceration and was sent to the Citizen Isolation Center in Leupp, Arizona and the Department of Justice camp in Crystal City, Texas. Her father and grandmother spent the war in Tule Lake.

Dr. Jin Lee is an Oxford-trained child neuro-psychologist who has founded three startups, most recently BabyNoggin, an app that helps expecting parents track their baby’s development through various stages of pregnancy and that also offers early detection and screening of developmental delays.

Photo and bio courtesy of BabyNoggin.com. 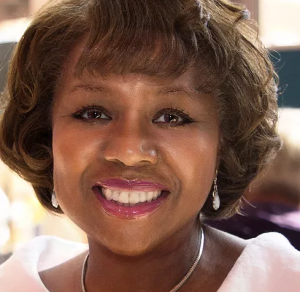 Milagros Phillips specializes in transforming relationships between the races using a powerful approach that leaves participants empowered and hopeful. Her program, “Race Demystified: A Compassionate Approach to the Healing of America,” has proven to be a powerful tool, which she has been called upon to facilitate at Fortune 100 Companies, colleges, universities and communities throughout the country.

Ms. Phillips’ historically grounded approach for looking at Race, gives us a new understanding of our current challenges, raising our consciousness and developing new approaches that help improve personal and professional relationships. Ms. Phillips was the Founding Executive Director of “The National Resource Center for the Healing of Racism.” She has served as Expert in Residence for the W.K. Kellogg Foundation. Michigan State University uses part of her model to train their diversity facilitators and has lectured in the US, Mexico and Europe.

Photo and bio courtesy of milagrosphillips.com. 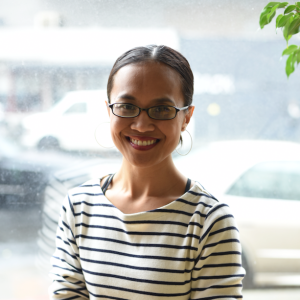 As a teenager, Ny Nourn became trapped in an abusive relationship with a much older man. Weeks after Ny turned 18, her boyfriend killed the boss at her after-school job in a fit of jealousy. The murder went unsolved for three years until Ny went to the police. After providing a confession, Ny was arrested and charged with aiding and abetting murder. A judge sentenced Ny to life without the possibility of parole.

Like Ny, upwards of 90% of incarcerated women experience domestic violence or sexual assault before their incarceration. After years of advocacy in prison, Ny finally won parole from the governor. On her release date, however, immigration officers arrested her as she left prison. Ny had been born in a refugee camp in Thailand after her mother fled genocide in Cambodia under the Khmer Rouge. Although Ny was a permanent resident, her conviction made her an “aggravated felon” subject to mandatory deportation. In November 2017, after an outpouring of community support, Ny walked out of jail as a free person for the first time in over 16 years. 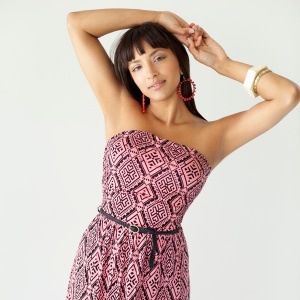 Sonia Rao brings her multi-instrumental talents – she grew up studying violin, piano, guitar, and flute – into the world of pop. Her songs have been featured on more than 35 shows including MTV’s Jersey Shore, ABC’s The Vineyard, and CBS’ The Bold and The Beautiful. As a finalist on NBC The Voice, Sonia opened up about being first generation and being an Asian American artist. She has been invited to speak and perform at four TEDx conferences, speaking most recently about gender inequality, just one of the issues she holds dear. Sonia released her third album in August 2016 and is on tour now. For more information about Sonia Rao, her new album, and tour dates, please visit soniarao.com. Learn more at on Facebook at facebook.com/musicsoniarao or on Instagram @soniarao.

Photo and bio courtesy of Sonia.

Trained as a professional chef, Thy Tran established Wandering Spoon to provide cooking classes, culinary consultation, and educational programming for businesses and nonprofit organizations. Thy is also the founder and director of the Asian Culinary Forum, a nonprofit dedicated to educating the public about Asian food around the world.

She co-authored The Essentials of Asian Cooking, Taste of the World, and the award-winning guide, Kitchen Companion. Her work has appeared in numerous other books, such as Asia in the San Francisco Bay Area: A Cultural Travel Guide, and she has written for The Washington Post, Los Angeles Times, San Francisco Chronicle, Saveur and Fine Cooking.

In her creative projects, she focuses on book arts and literary nonfiction about food, the rituals of the kitchen, and the many ways eating and cooking both connect and separate communities around the world.

Photo and bio courtesy of Thy.